The SA Brandy Homes network is made up of 23 venues across the Cape Winelands, Elgin, Little Karoo and Northern Cape. In any of these you can sit back, relax and learn all there is to know about South African brandy, from the fact that it takes five litres of the finest wine to make one litre of spirit, that it must mature untouched for at least three years, and that the maker must never forget the angels' share.

The home of South Africa's world-renowned vineyards is colloquially known as the winelands, but of course they're also responsible for that other international blockbuster: brandy.

While craft distilling is driving the revival of what once was a stock standard occupation on most South African farms, history records that the first distillations back in the 1600s were for the making of brandy. Early versions were foul, but fast forward three and a half centuries and the world of South African brandy looks very different.

There are two main reasons why visitors should take the trouble to seek out local brandy distilleries: South African brandies are consistent champions at the world's most comprehensive competitions thanks largely to generations of knowledge and skill, and strict production legislation; and, the relative scarcity of distilleries themselves.

Visitors are welcomed at 23 brandy distilleries – most of them small-scale craft operations.

Among them, the most regular world champions - Van Ryn's and KWV - are both located within minutes' drive from Cape Town, along with Backsberg, Blaauwklippen, Tokara, Louiesenhof, Oude Wellington, Upland, Avontuur and Oude Molen.

Travel two hours and you can reach the home of Klipdrift in Robertson, Windfall, Sumsaré and Kingna.

Outstanding visits also await at Boplaas, Mons Ruber and Grundheim – all situated within a short drive from Oudtshoorn; SCV Barrydale Cellar in the eponymous village; and, in the Northern Cape, brandymakers Die Mas at Kakamas and Bezalel in Upington.

In every example, these distilleries are surrounded by vineyards; their stills, gleaming copper installations adjoining maturation chambers thick with the smells of maturing brandy. Their histories are riveting and most reward visitors who seek them out with truly memorable experiences. Boplaas for example, has a barrel from which brandy-lovers can bottle their own.

A glimpse of the hip side of brandy is also on offer at Cause & Effect, a new cocktail kitchen and brandy bar in the V&A Waterfront. Brandy is a central focus of its cutting-edge, location-inspired cocktails.

There are also a handful of events where South African brandy diversity and excellence is showcased. Brandy producers and producer organisations such as the Cape Brandy Distillers Guild and SA Brandy Foundation often have displays at events such as the RMB WineX.

A special brandy tasting took place at the Hermanus FynArts Festival in June while brandies have featured at the Chocolate Festival and may again do so when the event takes place at Anura Vineyards outside Stellenbosch. The Robertson Slow Food & Wine Festival also offers an opportunity to visit brandymakers, many of whom make a special occasion of it.

For music lovers, Backsberg hosts Brandy & Blues in its vat cellar on Fridays from May to July. It features live entertainment by some of SA’s most formidable blues artists and the estate's own range of brandies.

Our wineries are doing their part to prevent the spread of COVID-19. Strict safety and hygiene measures are in place. The hours of wine and other alcoholic beverages service have been reduced by the South African Government.

Before heading out to your favourite winery, please check online to see whether they are currently operating. Read more here.

What is better than sipping top South African wines in a beautiful setting? Pairing their flavours with delicious bites and unique experiences, of course.

What started out as a venture to complement the perfect wine with the best food combination, has turned into an exciting bucket list experience in the South African winelands. 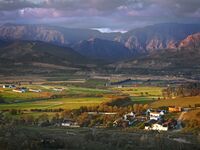 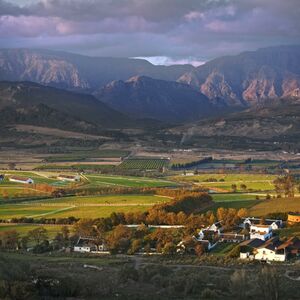 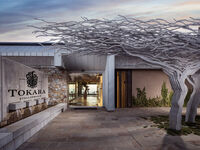 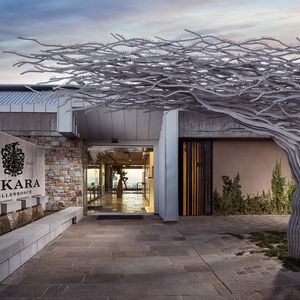